Lose your fight, lose the game.

When adverse circumstances strike, and there is no doubt they will, you must be able to keep up the fight.

The reality is no matter how skillful you are or how talented your team is, without a “Keep Fighting” mindset, often times referred to as mental toughness, you are doomed to inconsistency and under-performance.

Often the difference-maker in soccer matches is your mindset and degree of mental toughness.

Look no further than the US Men’s National Soccer Team to see how mindset affects performance.

As the 2018 World Cup is set to get going, the US Men’s Team is left to ponder the reasons they missed the opportunity to compete in the biggest soccer tournament. The USMNT was eliminated when the team suffered a 2-1 loss to Trinidad & Tobago.

The US squad merely needed a tie to advance and earn a trip to Russia for the World Cup.

The US team had qualified for the previous seven World Cups and were playing against Trinidad & Tobago, a team that had already been eliminated from contention and a team that the US had lost only once back in 2010.

“When we were in Trinidad, we needed better fighters. We didn’t necessarily need better players. That’s what we’ve lost. We’ve lost how to fight, how to battle to get results.”

After an accidental goal on themselves, the US allowed a second goal 20 minutes later that deflated the US squad in the first half.

US midfielder Alejandro Bedoya attributed the team’s loss to a lull in effort and mental toughness.

BEDOYA: “There was complacency. You could see the way we were going about things. We had a game plan, and we didn’t really stick to that game plan. We were losing easy balls in the middle of the field when we wanted to attack them out wide and that stuff. So it felt like maybe there was a little bit of complacency.”

The US team had proven their ability to compete on the world stage in the past. The issue that affected the team most was mental toughness.

Talent is useless if you don’t have “fight”.

No matter the circumstances, you always can control your attitude, focus and effort. These characteristics are the heart of mental toughness.

How does an athlete gain mental toughness?

It all boils down to developing those three major components of mental toughness:

With mental toughness, you will keep your “fight”, stay mentally in the game and give yourself a chance for positive outcomes.

Mental toughness is not something that comes to you, you need to go out and get it.

Be proactive and take 15 minutes each practice to advance your mental toughness.

Start with your attitude.

Challenge yourself when practice is difficult rather than going through the motions.

Remember, mental toughness is a habit that grows each time you ‘keep up the fight’.

The mental aspect of injury may be the most overwhelming component for a tennis player. Injured players have a multitude of negative thoughts that flood their minds: “I was finally on top of my game and now THIS!” “Why do these things always happen to me?” “How low will my ranking drop?” “How long will […] 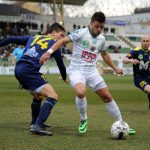 How hard do you train? How focused are you in practice? How prepared are you for soccer games? If you are not giving full effort towards developing your game, mentally and physically and fully preparing for each game, then you are doing a disservice to yourself and your team. Soccer is a team sport, so […]

Lose your fight, lose the game. When adverse circumstances strike, and there is no doubt they will, you must be able to keep up the fight. The reality is no matter how skillful you are or how talented your team is, without a “Keep Fighting” mindset, often times referred to as mental toughness, you are […] 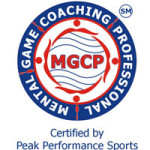